What is mathematics? How is mathematics produced, understood and learned by the human brain? Do infinities exist or are they a product of our minds? Whether or not they exist, mathematicians’ minds can conceptualise infinity. What does this mean and how is this possible? Is mathematics limited and shaped by human brain and body or is it completely independent of the agent doing it? Would extraterrestrial aliens have the same mathematics as we do? 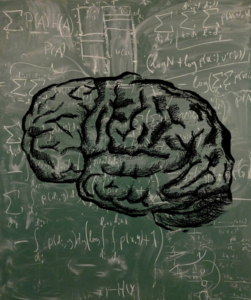 Place: Exactum B321
Time: 14:15-16:00 every Friday from 17.03. to 12.05.2017
Organizers: Markus Pantsar (Department of Philosophy) and Vadim Kulikov (Department of Mathematics and Statistics)
Procedure: Everyone reads an article per week. Each week one group of people is responsible for making a small presentation about the paper and lead the discussion. This group also makes a post about the paper and the outcome of the discussion in this blog. In order to do that you need user-access to edit this blog which you get from Vadim. If you don’t have an article assigned yet, choose it from the below literature pool (it can also be a chapter from one of the books) or suggest your own article and send an e-mail to one of the organizers.
3 ECTS is granted to everyone who has participated in at least 5 out of 8 sessions and has participated at least once in the leading group.
Blog. Follow the blog at: http://www.vadimkulikov.org/category/cognitive-philosophy-mathematics/
You can virtually participate by reading the blog and commenting on the threads. All participation is very welcome!

Schedule of articles and leaders:

Here is a quote from a pioneering book on the subject:
Mathematics as we know it has been created and used by human beings: mathematicians, physicists, computer scientists, and economists — all members of the species Homo sapiens. This may be an obvious fact, but it has an important consequence. Mathematics as we know it is limited and structured by the human brain and human mental capacities. The only mathematics we know or can know is a brain-and-mind-based mathematics. As cognitive science and neuroscience have learned more about the human brain and mind, it has become clear that the brain is not a general-purpose device. The brain and body co-evolved so that the brain could make the body function optimally. Most of the brain is devoted to vision, motion, spatial understanding, interpersonal interaction, coordination, emotions, language, and everyday reasoning. Human concepts and human language are not random or arbitrary; they are highly structured and limited, because of the limits and structure of the brain, the body, and the world. This observation immediately raises two questions:
1. Exactly what mechanisms of the human brain and mind allow human beings to formulate mathematical ideas and reason mathematically?
2. Is brain-and-mind-based mathematics all that mathematics is? Or is there, as Platonists have suggested, a disembodied mathematics transcending all bodies and minds and structuring the universe—this universe and every possible universe?
(Lakoff & Nuñez: Where Mathematics Comes From? 2001)

Also, check out the recent interview with Rafael Nuñez: